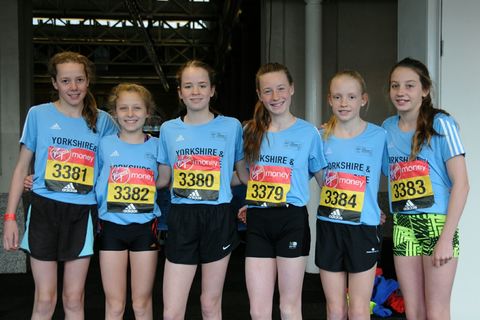 Robyn part of the winning u13 Girls Yorkshire and Humberside team in the London Mini Marathon.

After her fine results during last cross country season, Yorkshire and Humberside Team managers selected Robyn Greenway to represent the team in the Virgin Mini London Marathon.  This is the official British 3 mile road championship for young athletes aged between 11 and 17, and gives them the chance to compete against the best talent in British road running. The course is 3 miles long stretching from London’s Old Billingsgate to the Mall.

This was only Robyn’s 2nd ever 3 mile road race, she ran a fantastic race completing the course in 19.49min and was part of the Winning Team!! Well done Robyn!!